Legal Advisor to the Sheriff’s Office

James D. Secor III, has served as a Deputy County Attorney and the Sheriff’s Office Attorney since 2015.

Licensed to practice law in North Carolina since 1990. Gained 21 years of civil trial/litigation experience while in private practice (1994 – 2015). Focused the last 10 years of his private practice (2005 – 2015) on representing and defending Law Enforcement and Detention Officers in civil lawsuits across the State. Regularly hired by the Fraternal Order of Police, the Police Benevolent Association and Greensboro Police Officers Association to represent local LEO’s in officer-involved shootings and other on-duty incidents (2005 – 2015).

Four years of criminal trial work in the U.S. Navy Judge Advocate General’s Corps; Saw all 3 sides of the bench as a Magistrate, Prosecutor and Defense Counsel (1990 – 1994).
Served as Command Judge Advocate while deployed with Amphibious Squadron 8 on the U.S.S. IWO JIMA (LPH-2) during Operation Provide Promise—Yugoslavian coast (1992).
Earned his Juris Doctorate at the University of North Carolina School of Law in Chapel Hill where he authored two published works on the UNC Law Review.
Earned Phi Beta Kappa Membership as an undergraduate at Hampden-Sydney College.
Honorably discharged after 4 years of active duty as a Commissioned Officer in the United States Naval Reserve (1990 – 1994). Earned two Navy Commendation Medals (non-combat related), a Navy Achievement Award and Sea Service Medal while on active duty.

Thomas D. Carruthers is an Associate Sheriff’s Attorney who joined the Department in May of 2019.

He is a seasoned attorney with more than twenty years legal experience and 12 years public service experience. He is experienced in litigation, mediation and administrative law. He most recently served nine years with the City of Greensboro including four years as the Greensboro City Attorney. There he represented and advised elected officials, senior administrators and multiple departments, including the Greensboro Police Department.

Before joining the City of Greensboro, Carruthers served as an assistant district attorney in the 24th Judicial District in Guilford County. He was also a principal in the law firm of Alspaugh and Carruthers, LLP where he pursued a litigation practice.

Carruthers obtained his law degree from Campbell University and his undergraduate degree from Duke University.  He completed the UNC School of Government Municipal Administration course. Carruthers served as a member of the Board of Directors for the Association of Municipal Attorneys.

Carruthers taught a Continuing Legal Education course and appeared at a round table discussion sponsored by the UNC School of Government regarding body worn camera deployment. He was a featured speaker at both at Wake Forest School of Law and Elon Law School. The Greensboro Bar Association recognized Carruthers in 2018 for his “Outstanding Pro Bono Services”. 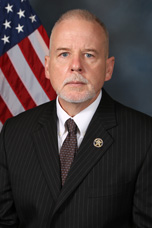