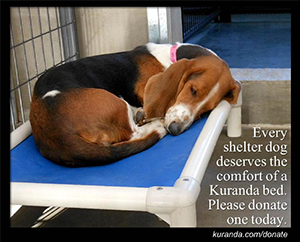 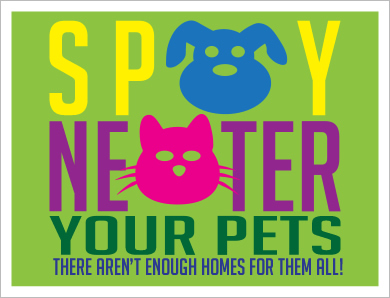 According to an estimate from the Humane Society of the United States, there are 6-8 million homeless animals entering shelters across the United States every year. In 2016 alone, over 10,000 of these animals were admitted to the Guilford County Animal Shelter. Shelter staff like ours work to save lives every day, but the reality in communities throughout the nation is that there are not enough homes for them all.

Pet overpopulation is a community issue, and it will take a combined effort to reduce the numbers of homeless pets in Guilford County. While we work hard to promote adoption of pets, spay/neuter is the best tool available to reduce the population of stray or homeless pets, and thus reduce shelter intake and euthanasia.

Choosing to spay / neuter is one of the most important decisions you can make for your pet. Altering your pet provides a number of benefits including:

Perhaps most importantly, spay/neuter is the most effective way you can prevent the birth of unwanted companion animals. Please do your part to help us reduce the number of homeless pets in Guilford County by having your pet spayed or neutered.