An employee with a message; one you need to hear.

The Tax Department employees participated in last month’s Breast Cancer Awareness for a very special reason; one of their own was diagnosed. Trudy Jackson has been employed with the Guilford County Tax Dept since 2006.  In June of this year she was diagnosed with stage 3 breast cancer.

Trudy noticed a bump under her armpit in January 2019 but thought it was a bump from shaving.  She went in for a yearly checkup in May and the doctor asked her if she had any concerns.  She informed the doctor about the bump and was referred to the Breast Center where they did a biopsy where it was confirmed that she had breast cancer.  On June 10th, after meeting with her team of doctors, her diagnosis was changed from Stage 3 to Stage 2 aggressive breast cancer, HER-2.  HER-2 positive is a breast cancer that tests positive for a protein called human epidermal growth factor receptor 2 (HER2), which promotes the growth of cancer cells.

After Trudy was diagnosed, she shared the information with her co-workers and asked for prayer.  She also stressed the importance of yearly mammograms and monthly self-exams for both men and women!  Trudy received her first chemo treatment on July 11th and her last chemo treatment on Oct 24th, a total of six.  Following that, she will have an MRI, surgery to remove the cancer tumor, and radiation treatment.

“Life has been good,” says Trudy, who remains positive about the medical outcome.  She says that she wouldn’t have life any other way, being blessed with children, grandchildren and great-grandchildren.  Spending time with her family is very important to Trudy, so getting cancer-free is a must!  She is looking forward to looking back, and smiling about how far she has come.

Ben Chavis, Tax Director, says Trudy is the face of the Tax Department.  She is one of the first people you see when you come to the Tax Department in Greensboro.  “You are always greeted with a beautiful smile and she never meets a stranger,” he says.  Recently, Trudy’s Bishop preached on “Change Your Perspective,” this message, and his continued support, has helped her deal with cancer mentally, and reinforced her spirit as she vows not to give up while going through this trying process.  Her fight is to live!  Bob Meyer, an appraiser in the Tax Department, purchased “Team Trudy-Trudy Strong” wrist bands for all employees to wear to show Trudy that she is not in this fight alone!

Tax Department employees have rallied around Trudy and continue to support her as she goes through treatment.  Their support, and Trudy’s positive spirit and willingness to share her story reminds us that we don’t have to fight the difficult battles alone.  It is a strong reminder to us that we are all in this together. 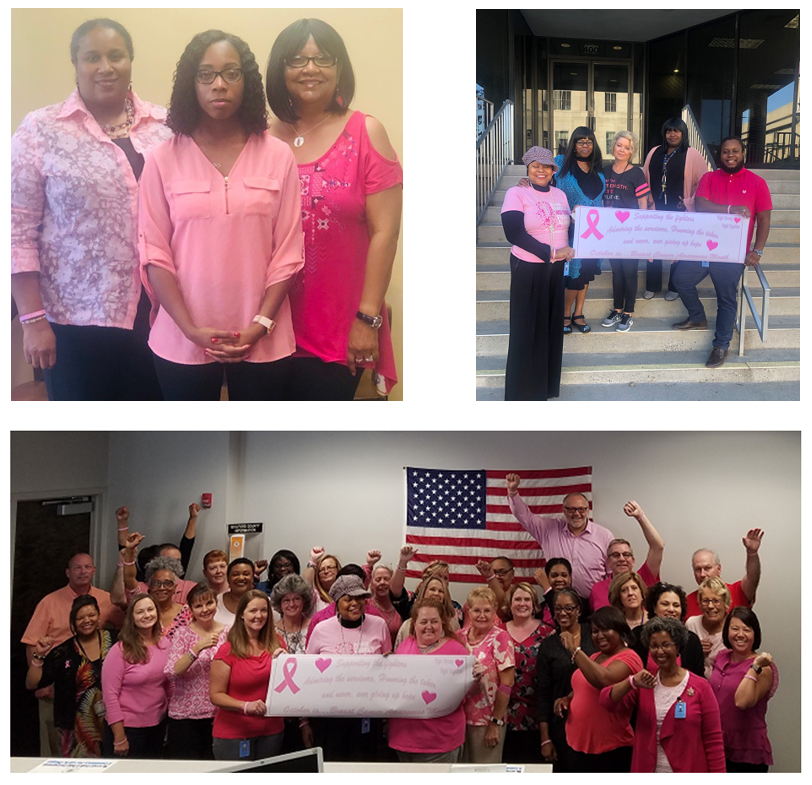