Both victims were transported to a local hospital. Mr. Meaders-House’s injuries were non-life threatening, however Mr. Smith was pronounced deceased at the hospital.  Mr. Steele was charged with First Degree Murder, Discharging a Firearm into an Occupied Vehicle, and Assault with a Deadly Weapon with Intent to Kill Inflicting Serious Injury.  Mr. Steele is currently being held in the High Point Jail without bond.

The Guilford County Sheriff’s Office is requesting anyone with information regarding this crime to contact Detective Robertson at (336) 641-5969 or to contact Crime Stoppers at (336) 373-1000 or text keyword BADBOYZ and your tip to 274637. All calls to Crime Stoppers are completely anonymous. 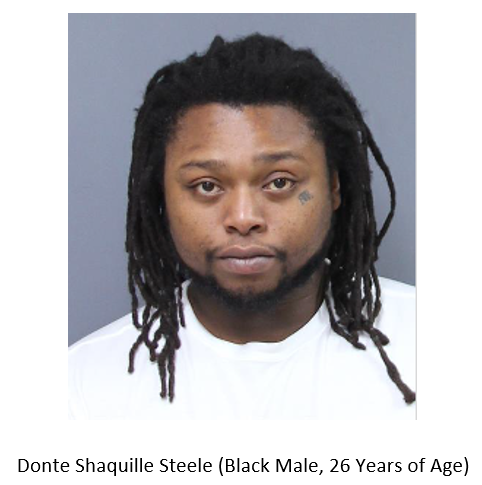